With over 83 million monthly listeners on Spotify, 11 Grammy Awards, eight number-one singles, and an 18-year (and counting!) career to show for it all, it’s safe to say that Taylor Swift might be the biggest pop star of the 21st century.

After months of building anticipation for her upcoming Eras Tour through media stunts and Easter eggs that kept fans on the edge of their seats, the pressure bubbled over on Tuesday, November 15th and resulted in one of the most disastrous ticket rollouts in history. With faulty access codes and underprepared web infrastructure, somehow the overwhelming demand for tickets appeared to take Ticketmaster by surprise, resulting in outrage that may have been quelled, and even prevented, by a strong crisis PR plan.

While few people, brands, or companies will have audiences comparable to the size of Taylor Swift’s, the worst-case scenario turned reality for Ticketmaster lends valuable insight into essential basics that every crisis PR plan should consider. 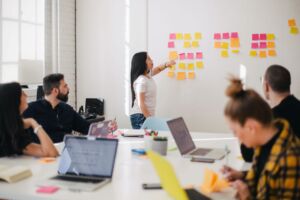 Making promises you can’t keep creates the environment for an inevitable PR disaster. By creating a limited-access presale system, Ticketmaster walked right into its own trap by feigning confidence that their presale strategy would avoid all the mess and confusion that transpired anyway.

Avoiding language promising guaranteed solutions to complex, and frankly inevitable, challenges, and instead admitting areas of weakness, helps prime an audience’s mindset to anticipate frustration but ultimately understand when and why issues arise.

Had fans entered the presale process knowing the limits of Ticketmaster’s capabilities in full, Ticketmaster may have avoided the level of outrage seen on social media.

Faulty access codes, limited web capacity, glitching checkout pages, misdirected error messages, hackers, security breaches, fraudulent fans, and more, are all scenarios that could (and did) happen for Ticketmaster during the Eras Tour presale. And, as far as fans were concerned, Ticketmaster seemed wholly unprepared for any and all of these scenarios.

A strong crisis PR plan accounts for even the most outlandish hypothetical situations that a brand or company could encounter. With those hypotheticals, however, must come concrete, realistic, and prepared tactics like statements, action steps, and apologies to mitigate and respond to the negative reactions that crises create. 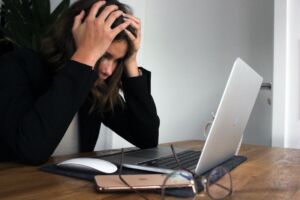 As a myriad of obstacles arose for fans throughout the day on November 15th, Ticketmaster remained silent for hours, leaving those still waiting in the dark with no guidance on how to proceed. Would refreshing the page erase their progress? Were they sent a faulty access code? Was the Ticketmaster site broken, or was their Wi-Fi just slow?

These are all questions that remained unanswered for quite some time, sparking further anger against Ticketmaster that went beyond the technical issues. Ultimately, the lack of communication from Ticketmaster stung the most, as fans felt unsupported in their pursuit for something that meant a lot to them.

Releasing a simple statement at the moment issues arise for customers or clients that acknowledges their frustration and assures that steps are being taken to solve the problem can go a long way. Ultimately, making them feel confident about the next steps in an uncertain process can cut down on the number of nasty Tweets and knee-jerk-reaction op-eds that tarnish reputations.

While avoiding all negative reactions in the wake of a mistake, scandal, or misstep is impossible, a strong crisis plan mitigates and resolves most of the frustrations that your audience faces in these moments. At the end of the day, making your audience feel supported and understood in their reactions serves as the foundation of a prepared and well-thought crisis response strategy