Communicating in our cancel culture

Communicating in our cancel culture 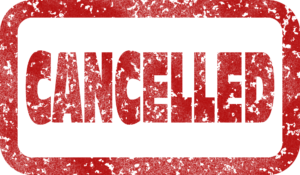 Social media has given any individual a platform to reach millions – a power that has been used for good and evil. Increasingly, with the dawn of the cancel culture era, these platforms are used to call out those deemed unworthy of their status. In this era, not even the most powerful leader, prominent brand, or popular celebrity is shielded from facing accountability for their words and actions.

Rather, the problem is usually a failure to adhere to the core tenets of good communication. In fact, sometimes getting cancelled is the result of strategic, purpose-driven operational and communications decisions that resonate with your main audiences but anger some subset of the public.

Following these core tenets of good communication can protect people and brands from becoming unwitting targets of cancel culture, or at least make sure they get cancelled for the right reasons.

In many cases, cancellations have been sparked not by malicious words or actions but by ignorance. Don’t casually post, share, retweet, or otherwise endorse a view or hashtag without at least doing some cursory digging.

Former NBA star Dwayne Wade learned this lesson after rushing too quickly to show support for actor and TV host Nick Cannon, who had been fired as host of Wild & Out for making racist and anti-Semitic comments. Without being fully informed about the circumstances that led to the firing, Wade, who is known for his social justice advocacy work, gave the impression that he was condoning Cannon’s remarks even if his intention was completely different.

I was too quick to respond without being fully informed about his hurtful anti-Semitic remarks. As you all know I have ZERO tolerance for any hate speech!

Be Honest and Transparent

Everyone makes mistakes – even the most vigilant among us. When you’ve been exposed for a past or present transgression, don’t go on defense OR offense. Instead, listen to the backlash and honestly evaluate whether you made a misstep. If so, own up to it. If the allegations aren’t true, respond carefully but transparently about what really happened.

After allegations emerged this summer of a toxic work environment at The Ellen DeGeneres Show, Ellen DeGeneres was silent. Surrogates defended her in the media and on social media while she avoided taking responsibility for fueling the toxicity. Only last week, after months of backlash, did she finally address the allegations on the show.

In another episode this summer, New York Times columnist and food writer Alison Roman was cancelled after making negative (and some have said racist) comments about Chrissy Teigen and Marie Kondo. After some initial defensiveness, Roman took a step back to listen, reflect, and thoughtfully apologize.

Communicate with Actions, Not Just Words

Sometimes, getting cancelled is not because of what someone said. Rather, it’s because of what they don’t do to follow up on their words or a hypocritical action that runs counter to what they said. If you’re going to publicly support a cause, take a stance on an issue, or promise to change problematic behaviors, follow words with regular status updates on progress towards your commitments.

At the beginning of the coronavirus pandemic, a bunch of celebrities took to social media for a poorly conceived and unsuccessfully executed sing-along of John Lennon’s “Imagine” to…inspire us? The effort was widely panned for being an empty gesture in a time when so many were experiencing real need.

Sometimes a person or company is cancelled for doing the right thing. Dick’s Sporting Goods experienced calls for boycotts after it banned the sale of assault rifles following mass shootings that horrified the nation. The company knew it would face backlash from some groups but chose to lead with its values rather than the bottom line. The considered move showed that it was going beyond words with bold action – and despite some angered consumers, the company ultimately came out on top.

Following these three principles can help you navigate the current era of social media activism and avoid getting cancelled for the wrong reasons. And if you’ve been cancelled or suffered a reputational blow, it’s critical to follow them consistently moving forward to avoid making the situation worse.