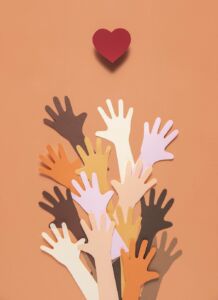 This past month we celebrated International Women’s Day on March 8th. In support of the holiday, many companies took to Twitter and other social media to express their support of women’s equality. But what they didn’t expect was for a pay gap bot to call out each company’s gender pay gap in response to their International Women’s Day statement. By the end of the day, hundreds of companies were called out for pay disparities that conflicted with their stated commitment to women’s equality.
This is becoming an increasingly common occurrence in our society. We live in a world that places increasing importance on steps corporations are taking to support social, political, and environmental issues. Due to strengthened media scrutiny and long-lasting consequences for public mistakes (“cancel culture”), the stakes have never been higher for companies to publicly speak and support the right issues at the right time. This has led to companies scrambling to put out statements to show they care about the latest important issue. But without always having tangible actions to back up their words, they’re vulnerable to being called out by the media and the public.

Below are some things companies committed to socially engaged PR can do to prevent last-minute virtue signaling and instead voice genuine commitments with concrete actions to back them up.

You shouldn’t be waiting until Pride Month to figure out how your company wants to celebrate LGBTQ+ communities. A company should make a plan, grounded in its values, to determine the communications, operational, and socially engaged actions to take to support different causes throughout the year. This way, when the time comes to make a statement on a topic, you have something to back up the words.

Own up to mistakes

As hard as you might work to prioritize the issues that matter most to your key internal and external audiences, it’s impossible to be perfect. It’s inevitable that there’ll be areas where you find yourself falling short, whether that’s through internal evaluation or public discovery. When this happens, don’t go on the defensive and try to save face by explaining the other important things your company is doing. Doing so will only look combative and tone deaf. Instead, the best course of action is to own up to your company’s shortcomings and communicate (realistic) promises of what you’ll do to change.

If you make public promises of how you’ll be better, make sure to follow through! Elaborate promises that look good on paper but that your company can’t deliver on are just bad PR. Be realistic about what is possible. It’s better to start small, show consistent progress, and expand efforts as you have the capacity to do so. There’s nothing more damaging than a company announcing plans to support a cause and then getting called out for not following through. That’s one of the quickest ways for brands to lose public trust.

It’s not easy to keep up to date on every single social, political, environmental, and economic cause to support, but it’s important to show that your company cares about more than just profit. Actions speak louder than words when it comes to maintaining the public’s trust, and socially engaged PR only works if companies are willing to back up their words with concrete action on the causes they say they support.