Group Gordon’s Eric Margolis asks if a rebrand would lead to more support and action on climate issues. 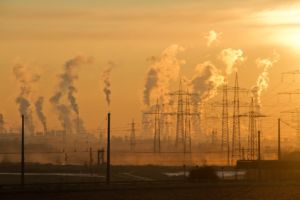 Why isn’t this broad voter support enough to inspire rapid political action on our climate crisis?

Beyond political reasons and concerted lobbying from the fossil fuel industry, part of the problem is branding, which makes it hard for our brains to register the gravity of the issue.

For one, the words that we use to discuss this issue are weak. “Climate change” and “global warming” have been used interchangeably by scientists, the media, and the public for decades. But both phrases focus more on what is happening rather than the consequences for the world.

“Global warming,” for example, tells us that the world is getting warmer (which it is), but that doesn’t necessarily sound like an inherently bad thing (particularly in a New York winter). Neither term evokes the myriad destabilizing ripple effects of global warming and climate change on ecosystems and human society that could create hundreds of millions of refugees by 2050, make agricultural untenable in tropical climates, and wipe out most life on the planet.

What climate change desperately needs is a rebrand. We see companies rename or rebrand to shift their narratives all the time, and simple changes can have a powerful effect on any person, organization, or phenomenon’s narrative. One of the main reasons that the public opinion on gay rights and gay marriage changed so quickly came down to a branding decision: rather than framing gay marriage as a “right,” in the mid-2000s, psychologists and gay rights leaders started framing it as an issue of love and commitment. In 2004, Americans opposed same-sex marriage 60% to 31%; just seven years later, a plurality of Americans supported it.

A name can make or break a program, initiative, or institution, and this holds all the more true in the world of policy and politics. The language around abortion in particular is fiercely debated, with abortion rights activists climbing an up-hill battle to win the branding game against the effectively named “pro-life” movement. “Pro-life” simply conveys more urgency than “pro-choice,” as do other anti-abortion word choices like “fetal heartbeat” and “late-term abortion.”

SPARK Neuro, which measures brain activity to gauge responses to stimuli, found a number of terms that provoke better responses: climate crisis, environmental destruction, weather destabilization, and environmental collapse, to name a few. Some public figures are already on top of it—Al Gore, for one, uses climate crisis.

Climate change is a terrible name with a bad communications plan. The terminology doesn’t accurately represent the magnitude or urgency of the phenomenon and isn’t doing the earth any favors.

Besides changing the name, there are a number of opportunities to better message the issue. For example, when explaining the phenomenon of climate change, rather than starting by describing how emissions cause a change in climate, research suggests that educators, policymakers and activists should start by describing current, local changes in weather, and then step back and explain why.

In order to both spark greater support for climate policy among voters as well as immediate political action, the issue of climate change needs a refresh. Just as how same-sex marriage successfully rebranded to focus on love rather than rights, we should think about framing climate change as an issue of national security or something other than an environmental one.

The first step is a better name. We don’t have climate change on our hands—we have a climate crisis, and let’s deal with it accordingly.