Social Media and Disrupting the Balance of Power: Or, Why Your Angry Tweet Matters

Social Media and Disrupting the Balance of Power: Or, Why Your Angry Tweet Matters

Group Gordon’s Jordan Miller blogs about how social media gives individuals – and brands – more power than ever before. 8.14.2014

By now, people all over the world have heard (or heard of) last month’s infamous Comcast customer service call, in which a couple was berated and attacked for nearly 20 minutes before a representative finally agreed to cancel their subscription. The recording of the call quickly went viral and ultimately made international news. Comcast was destroyed in the press, and follow-up articles continue to expose and criticize the company’s customer service practices. Needless to say, the whole ordeal wasn’t great PR for Comcast. But what’s fascinating from a PR perspective is that the saga began with a single tweet, which, in addition to accruing over 1,700 retweets, opened the floodgates for thousands of people claiming to have had similar experiences. 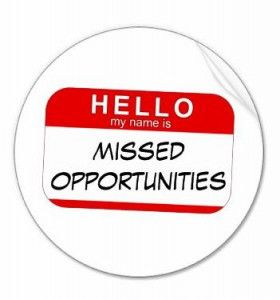 Customer service interactions have historically occurred behind closed doors, without much accountability for exceptionally rude representatives or predatory policies and limited recourse for customers who feel like they’ve been burned. Positive interactions have also gone underpublicized and underappreciated – a huge missed PR opportunity for businesses.

But thanks to social media, and particularly Twitter, that one-off customer service paradigm has been turned on its head. For the first time, the customer has the upper hand.

Comcast’s gaffe is only the most recent example of a growing trend: a single dissatisfied customer can have an outsized impact on even the biggest corporations. Because there’s no formula for determining which posts will go viral, companies are realizing they have to treat all complaints equally, whether the customer has thousands of followers or just a handful. That means businesses have to take social media seriously.

And in most cases, they are. As customers increasingly take to social media after an unsatisfactory email exchange or frustrating phone call (just search “worst customer service” on Twitter to experience some colorful rants from jilted consumers—and see if you can spot some choice words from yours truly directed at UPS over an undelivered air conditioner during the hottest part of the summer), companies are establishing teams of representatives responsible for combing Twitter, Facebook, and other sites to directly engage with clients and help resolve issues.

Though social media platforms may seem like just another outlet for complaints, consumer-facing brands that don’t shy away from using these channels gain a huge advantage in placating angry customers. Even if the interaction can’t resolve the problem or occurs after the fact, just knowing a company is listening and making an effort to understand individual issues can make customers more forgiving. What’s more, personalized public interactions help to humanize faceless corporations, which is always a good thing. And, an active customer service presence on social media gives happy customers an opportunity to offer praise when they feel they’ve been treated well. Though accolades might not come as often as complaints—or receive the same level of public attention—they’re still valuable as positive third-party testimonials (and as morale boosters for representatives on the receiving end of appreciative comments).

A robust social media profile can benefit companies of all shapes and sizes. But for consumer-facing brands in particular, social media is now an indispensable part of any meaningful communications strategy. By recognizing the vast potential of social media and setting aside the resources necessary to maintain a strong presence, businesses can build closer relationships with the public, promote innovation, and create positive brand identity, all of which ultimately impacts the bottom line. In the words of my favorite celebrity chef, Ina Garten, how bad can that be?