The Best PR Firms Are Not Yes-Men

The Best PR Firms Are Not Yes-Men

GG’S Elizabeth Gemdjian takes lessons from Novak Djokovic and Succession (spoiler alert!) to explain why the best PR firms will tell you what you need to hear, not just what you want to hear.

In the past couple of weeks, I’ve been following two crises – one in the real world, one in a TV series. In both, an individual’s reputation is on the line.

The real-world case is the controversy surrounding Novak Djokovic, whose refusal to get vaccinated against COVID-19 created an international debacle that ultimately led to his deportation from Australia and inability to participate in its Grand Slam.

The fictional case is taking place on HBO’s Succession. I’m still catching up on season three, but so far, Kendall Roy, whose position didn’t look so bad at the start of the season, has been pitifully losing his battle against his father and the family business.

There’s lots of blame to go around in each of these situations, but I’ve been struck by a common thread in both. Both Djokovic and Roy tend to surround themselves with yes-men who tell them what they want to hear and hesitate to push back on even the worst ideas. That includes their PR teams.

The best PR firms are your partners, not sycophants – no matter how much you’re paying them. They should be looking out for your reputation, not your approval. That doesn’t mean the relationship has to be antagonistic, but it should be honest. Based on how you want to be seen, they can help you think strategically about how your words and actions will be perceived and steer you in the right directions. 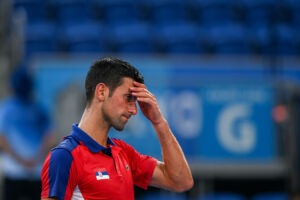 In Djokovic’s case, the trouble started with an ill-thought-out Instagram post announcing his participation in the Australian Open after receiving a medical exemption that would allow him to play despite being unvaccinated against COVID-19. Shared shortly before taking off for the Australian Open, the post provoked widespread backlash and outrage, including among the Australian people and politicians. Things only got worse for the tennis star once he admitted to doing a media interview and attending an event with children after testing positive for COVID-19. Ultimately, after being detained, released, and detained again, Djokovic’s visa was canceled again and he was deported, ending his dreams of winning a record-breaking 21st Grand Slam.

Djokovic is well-known for having out-there views on science and medicine, but in a pandemic that has caused millions of deaths and enormous sacrifices, people’s tolerance ran out. A good PR partner could have counseled Djokovic that celebrating his medical exemption would be seen as tone-deaf and special treatment for a sports star.

For Roy, episode 7, “Too Much Birthday,” is a prime example of his terrible instincts. Roy and his entourage are planning his 40th birthday party – an affair that’s supposed to be “highly egalitarian” but ends up being a lavish, dull, and narcissistic catastrophe. Roy has his PR team going crazy trying to accommodate his mood swings and cringeworthy ideas. They say yes to everything – including to Roy performing Billy Joel’s “Honesty” while literally nailed to a cross. At the end of the show, as the party is falling apart, Roy cancels his performance, earning sighs of relief from his PR reps. That they knew Roy would have been skewered on stage but didn’t stop him is PR malpractice at its worst.

No one’s impulses are always right, and few people like to be told their ideas and instincts are off base. The best PR firms will check you. It’s ultimately up to the client if they want to listen, but if you’re not willing to be challenged, you’ll end up surrounded by yes-men who are looking out for themselves instead of for you. Unfortunately, Novak Djokovic and Kendall Roy are learning that the hard way.